In 2006 in the face of a burst of suburban housing development the City of Tehachapi - a small town in California's Tehachapi Valley - retained David Sargent and his team from HDR Town Planning to prepare a vision plan and interim development standards to help ensure that new development was consistent with the City's self-image as a "small mountain town".   The vision plan and interim standards were adopted by the City Council in 2007 as the Interim Community Design Program (ICDP), a principal recommendation of which was that the City's general plan be updated to reflect the vision and values of the ICDP.
When the City initiated the General Plan update in 2008 Mr. Sargent was a senior associate with Moule & Polyzoides and the City retained that firm to prepare an entirely new, vision-based general plan document.  The team devised a transect-based structure for the plan that recognizes the blend of urban and rural environments that the community values, and prepared a general plan that expresses the town's structure as a series of neighborhoods, districts and corridors ranging from the downtown district and in-town neighborhoods to suburban neighborhoods, to semi-rural neighborhoods on the edge of town.
To implement the intentions of the general plan a form-based development code will be prepared, providing standards for neighborhood structure, block and street layouts, public space design, and building and frontage design. 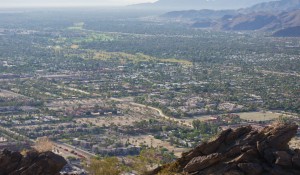 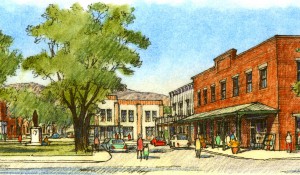