The small town of Tehachapi, in Kern County's rural Tehachapi Valley, experienced sudden and rapid growth in the first 6 years of the this century, resulting in a patchwork of walled housing tracts and strip retail development, viewed by many as incompatible with the "small mountain town character" identified in the City's General Plan. In October of 2006 the City adopted a one-year moratorium on new residential tract maps, and concurrently retained David Sargent and his HDR Town Planning team to define and lead a public process to identify and address the causes of this dissonance. Through a series of community workshops and a design Charrette the team prepared a vision plan for the City, documented in the form of an Interim Community Design Program (ICDP) that provided interim guidance for development, and recommended a substantial restructuring of the City's General Plan. 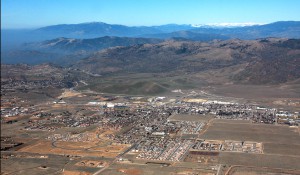 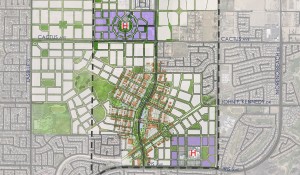