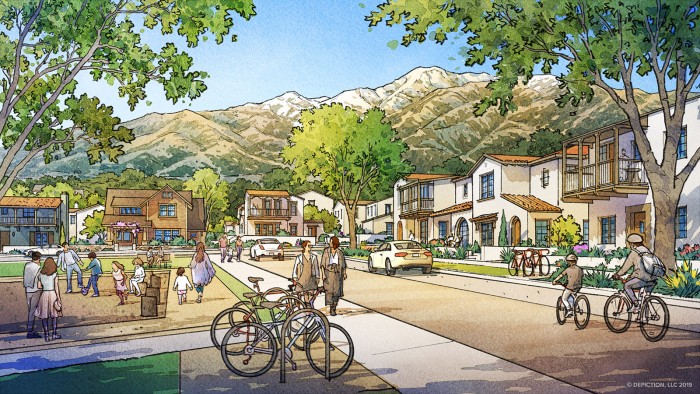 On June 1, 2020, Smart Growth American and the Form-Based Codes Institute announced that Rancho Cucamonga's Etiwanda Heights Neighborhood & Conservation Plan (EHNCP) was one of two form-based codes to be recognized with a 2020 Driehaus Award. The award, now in its twelfth year, is made possible by the generous support of the Richard H. Driehaus Charitable Lead Trust, and recognizes communities that have adopted and implemented exemplary form-based zoning codes.

The jury found the EHNCP commendable for the way in which it balances and connects walkable neighborhoods and very large amounts of permanently conserved rural open space and natural habitat. Sargent Town Planning prepared the plan and code in tight and seamless collaboration with a very talented planning and design team and the City of Rancho Cucamonga's professional staff, without whose strong and creative support this result would not have been possible.  This is the fourth time that Sargent Town Planning's work has been recognized by the Driehaus Trust and the Form-Based Codes Institute.