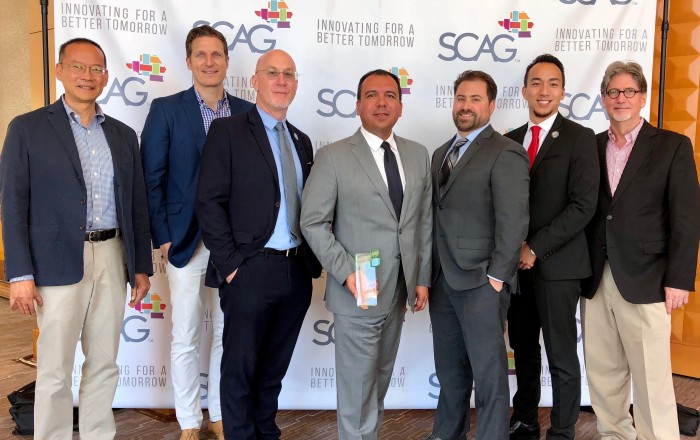 At its 2018 Regional Conference & General Assembly in Indian Wells, the Southern California Association of Governments (SCAG) presented Sustainability Awards in six categories, including the "Against All Odds Award" presented to the City of San Fernando for its Corridors Specific Plan.